This course is created with the intention to train or refresh the basic knowledge of the aviation maintenance legislation required for part 66 Category A, B1, B2 and C licensed Technicians, Certifying Staff and Supportive personnel. Besides training the basic knowledge, relevant changes to the requirements are addressed as well.

The EASA Part-145 training course covers all aspects of Part-145, Maintenance Organisations. The Annex II to Implementing Rule EU 1321/2014 and the corresponding Acceptable Means of Compliance (AMC) and Guidance Materials (GM) are covered in detail.

The link between the regulation and the Maintenance Organisation Exposition (MOE) is also discussed. This makes the training useful for both new and experienced professionals from industry and authorities. The training also provides a brief overview of relevant sections of other regulations like Part-M (both for maintenance and for continuing airworthiness management), Part 21, Part-66 and Part-147.

This course is created with the intention to train or refresh the basic knowledge of the aviation maintenance legislation required for part 66 Category A, B1, B2 and C licensed Technicians, Certifying Staff and Supportive personnel. Besides training the basic knowledge, relevant changes to the requirements are addressed as well.

After completion of this course, the students will:

This course has as regulatory basis (EU) No 1321/2014 on Continuing Airworthiness – Laters Revision – which also incorporates the latest ammendments.

This training is not only intended for Technicians and Certifying Staff, but also for other functions directly or indirectly related to maintenance activities. Participants should be familiar with the text of Part-145 Regulations.

PART I HISTORY AND BACKGROUND

Bring along a notebook and pen if you require to make writen notes.

A reliable computer with internet connection is necessary to complete the online examination.

There is no software deemed necessary for  this  training.

We recommend that you use Google Chrome during the course and online examination.

Mr. Danny Goergen has over 10 years of experience in the aviation industry. After several years working as an aircraft mechanic, he graduated as Bachelor in Aviation Engineering and started as a process engineer in an EASA Part 145 approved component repair shop.

Within this organisation he had two EASA Form 4 positions as Technical Manager and Quality Assurance Manager. In this last position he developed himself as an internal trainer, providing training in EASA/FAA/CAAC Part 145 regulations, Human Factors and Company Processes and Procedures.

While working for this organization as a Quality Assurance Manager and qualified Human Factors trainer, he had the ambition to consult, support and provide training not only for his employer, but also to offer these services to other organizations in the aviation industry.

Besides providing consultancy and training services to the aviation industry, on behalf of HACE, he also founded an online training platform, that facilitates the several HACE online training courses, such as Human Factors, EWIS target group 1-6 and Fuel Tank Safety Training.

At the moment Mr. Danny Goergen is, on behalf of HACE, contracted in several interim quality management positions. Two of his clients are Part 147 approved Aviation Competence Centre (ACC, AMC66), where he holds the EASA form 4 position of Quality Assurance Manager. Besides managing the Part 147 quality system, he is also responsible for training their staff in EASA Part 66-147 regulations awareness and MTOE procedures.

Mr. Danny Goergen can be contacted via e-mail (danny.goergen@hace.aero)

Students will perform an (online) examination with Multiple-choice questions. A laptop or tablet with WiFi internet connection is needed to complete this examination.

This examination needs to be passed with a minimum passrate of 75% in order to receive a certificate of course completion.

Students must communicate with other Students in the chatroom.

Students are expected to communicate with instructor as a learning resource.

Students are actively participating in discussions.

Participation is required, expected to communicate with other students in team projects, learn how to navigate in the learning environment system, keep abreast of course announcements, use the student e-mail address opposed to a personal e-mail address. Address technical problems immediately and observe course netiquette at all times.

Some of our clients 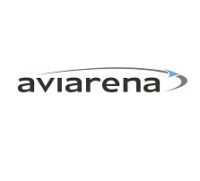 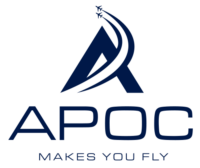 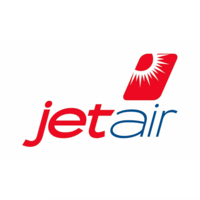 Do you want to beat the competition, but are you unsure how to get there? And you often experience a gap between your your desired and actual performance? Are you eager to know which improvements would yield actual results? That is where HACE comes in! Let our experts get to work to get the answers you have been looking for, with a Quick Scan. Within a day, with our innovative and data-driven methods, we will determine which elements of your organisation to tackle to get those desired results! Read more about the Quick Scan

Open chat
Powered by
Hello, how may we help you? Send us a message (in English or Dutch) and initiate a chat with us. Click on the "Open chat" button to start the conversation.